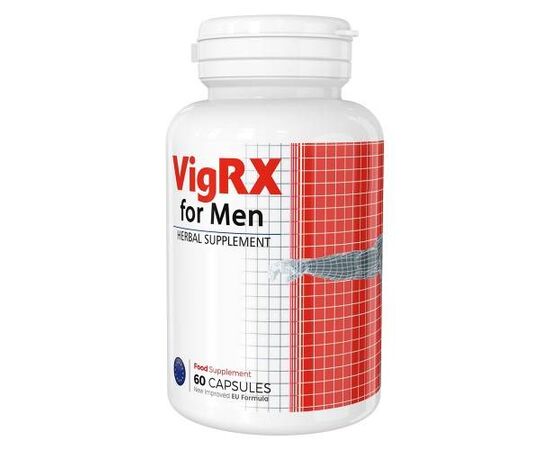 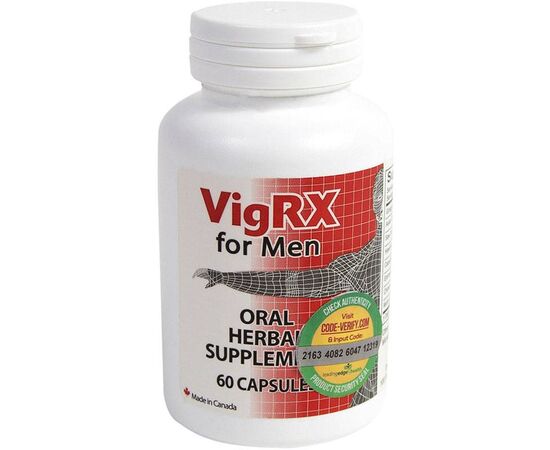 VigRX® works much better than its competitors due to two factors - the quality of ingredients used and using the correct formula. VigRX®’s ingredients are simply the finest and freshest available. This is why alternative penis enhancement pills simply don’t come close to VigRX®.

What is VigRX®?
VigRX® is a natural herbal formula we designed to help enhance erections and virility. When you take it, erection capabilities may be improved, as well as your overall sexual vigor and function.

How Does VigRX® Work?
The male penis has two spongy areas called the corpora cavernosa. When you get excited or sexually aroused, blood flows naturally to these spongy areas, which leads to erections.

VigRX® helps facilitate erection through specially formulated blend of herbs that are proven to expand erectile tissues. As a result, you experience larger and stronger erections.

Traditionally, Ginseng is used for delivering extra energy and overcoming general weakness. It is also known that Ginseng has aphrodisiacal properties.

A vital compound found in Ginseng is ginsenoside, which alters the flow of blood to the penis and the brain, that in turn build sperm and blood. Russian scientists have also found that Ginseng helps to stimulate both mental and physical activity, brings about positive effect on the sex glands, and enhances athletic performance.

Used for non-medically caused impotence, this powerful root could help to lower blood pressure while revitalizing and rejuvenating the body.

Many regard Catuaba bark as the most renowned Brazilian aphrodisiac plant, and it has been traditionally used for millennia. It is commonly believed that consuming Catuaba bark regularly over an extended period will lead to sexy dreams, followed by an increase in libido.

Research has indicated that apart from its antibacterial and antiviral properties, it also expands blood vessels. When dealing with male genital impotence, Catuaba acts as a stimulant of the nervous system.

It is also a nervous system booster and strong tonic that is recognized for its strength giving and fatigue relieving capabilities. These effects are noticeable in men, particularly as an enlivener for libido.

A recent medical trial was done to determine the effect of Cuscuta seed extract on men whose sperm was dead. The results of the study demonstrated an increase of more than 70% in sperm motility and live sperm.

Cuscuta is also used to treat leukorrhea and lower back pain, both symptoms that often indicate conditions where deficient kidneys cause sexual weakness. It is also used to increase fertility in both women and men, while all traditional Chinese pharmacopoeias lists it as an aphrodisiac.

Medical studies have identified icariin as the active ingredient in Epimedium. This ingredient can strengthen erectile function, while Epimedium also allows an increased blood flow to the penis by letting nitric oxide levels increase, thereby relaxing the smooth muscles. Icariin also mildly inhibits PDE-5, reducing its levels as does Viagra, but to levels that do not cause any side effects.

Although it has been used in China for centuries, the medical community now confirms that Epimedium is useful for boosting libido, improving erectile function, restoring sexual prowess and increasing sensation. Epimedium frees up testosterone, thus increasing endurance and sex drive naturally.

Ginkgo improves oxygenation and peripheral circulation, and improves blood flow to the genitals. This improves the power of an erection and sexual function. In a recent scientific study, nearly 80% of men with impotence problems caused by non-medically reasons reported significant improvement without any side effects.

Found on the hawthorn tree, this phytochemical has exceptional preventive capabilities. The Hawthorn berry contains several bioflavonoids, which help dilate and relax the arteries. Bioflavonoids are powerful antioxidants that also increase the flow of oxygen to the heart via the blood. This reduces stress to the heart muscle and blood pressure as the heart does not have to work as hard to circulate blood. Another benefit of Hawthorn is that it strengthens blood vessel walls and improves blood flow to all areas of the body. Other components contained in Hawthorn reduce the amount of plaque in arteries and cholesterol.

In Germany, the Hawthorn plant has officially been approved for pharmaceutical use, and government studies show it to have no side effects. Other studies have demonstrated that Hawthorn mildly lowers blood pressure, improves the heart's contraction strength, protects the heart from irregular beats, and increases blood flow to the brain and heart.

Muira Pauma Bark Extract is commonly used in men to increase sexual potency and desire, and to restore sexual virility.

In a study done at the Sexology Institute in Paris, Dr. Jacques Waynberg did research on 262 men that complained of not having sexual desire, or not being able to attain or maintain erections. The findings indicated that more than 60% of men that lacked libido benefited from using Muira Pauma, while more than 50% of men with problems with erections also reported beneficial results.

Muira Pauma’s potency was further validated in recent clinical studies, although the mechanisms triggered by Muira Pauma are unknown. The initial information seems to indicate that it functions by enhancing both physical and psychological elements of sexual functions. Further research will probably reveal additional information on using this herb for treating erectile dysfunction.

These berries have been used as aphrodisiacs and sexual stimulants for a very long time.

Studies showing that Saw Palmetto is an effective treatment for men that suffer from symptomatic benign prostatic hyperplasia was published in the medical journal JAMA. Saw Palmetto has produced good results in treating conditions linked to BPH (benign prostatic hypertrophy). The extract prevents testosterone from being able to convert to dihydrotestosterone. This hormone is believed to lead to the prostate enlarging by causing prostrate cells to multiply.

Saw Palmetto triggers several mechanisms, one of which causes increased blood flow by relaxing smooth muscles. As it also inhibits estrogen and androgen receptor activity, it may benefit both males and females in balancing these hormones. Saw Palmetto might also assist the thyroid when it regulates sexual development, and normalizes activities of organs and glands due to its hormonal effects. The extract is used to nutritionally benefit the urinary and prostate tract in the USA, the United Kingdom, Canada and Germany.

Its biggest use currently is to improve body strength, treat urinary tract conditions and to reduce enlarged prostate glands. It is one of only a handful of herbal medications that is seen as being anabolic, i.e. it strengthens and builds body tissue.

Our company makes delivery all over the country

We offer only those goods, in which quality we are sure

You have 30 days to test your purchase